We spent our weekend at my sister's house in Natchitoches so that we could enjoy the festival, including a very long parade, the lights, and the fireworks.

We also planned to attend mass at Holy Cross Church but, it turned out, the regular weekend mass was cancelled for whatever reason.  Since there are still two other churches in town, it should not have been a problem.  Except that we'd walked with three grandchildren in tow.  They weren't having any of this, "Well, let's walk ten blocks to the Basilica and hoof it fast because we're now late" business. 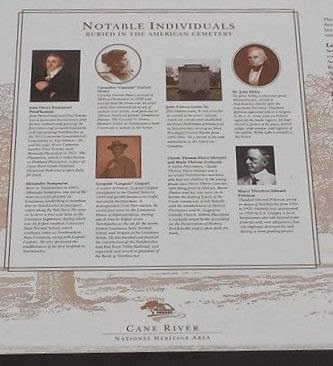 Since I know that the American Cemetery is almost as old as Natchitoches, which happens to be the oldest settlement in the La. Purchase and part of the National Park Service, I decided to look for a few of the oldest headstones. 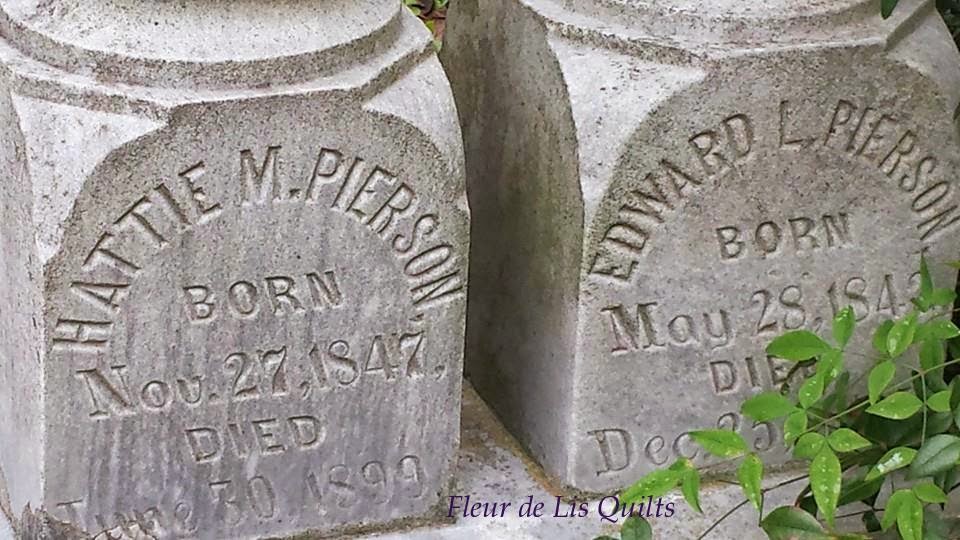 I wasn't very successful, but the girls and I enjoyed the quiet solitude and beauty of the place. The oldest headstones dated from the late 1890's.  Nothing from the 1700's when the cemetery was established.

But there are so many graves with no markers at all....a strange pile of old, mossy bricks, a broken piece of marble, perhaps what may have had a name etched on it at some point, but today it is not at all legible. 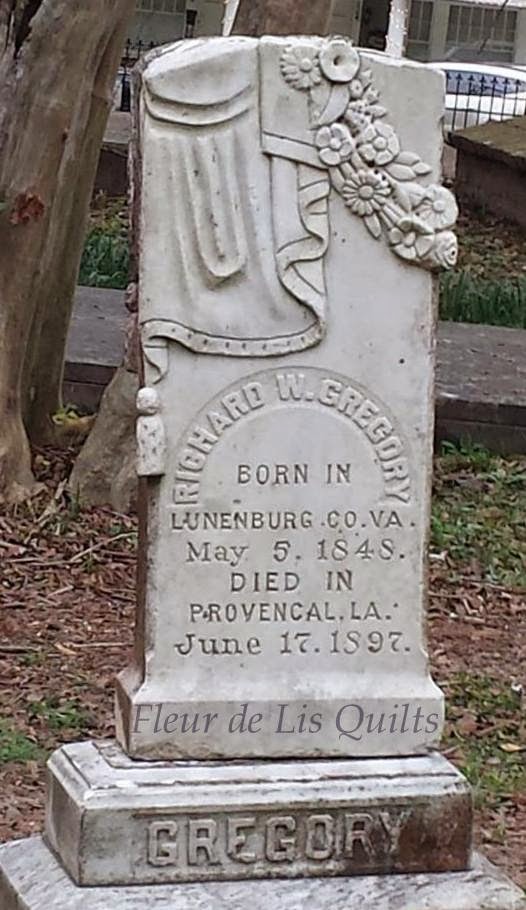 Still the place is beautiful in a serene, still, solitary way.  The huge oaks, the flowering shrubs, the vast spaces all add to the peace and the solemn feel. 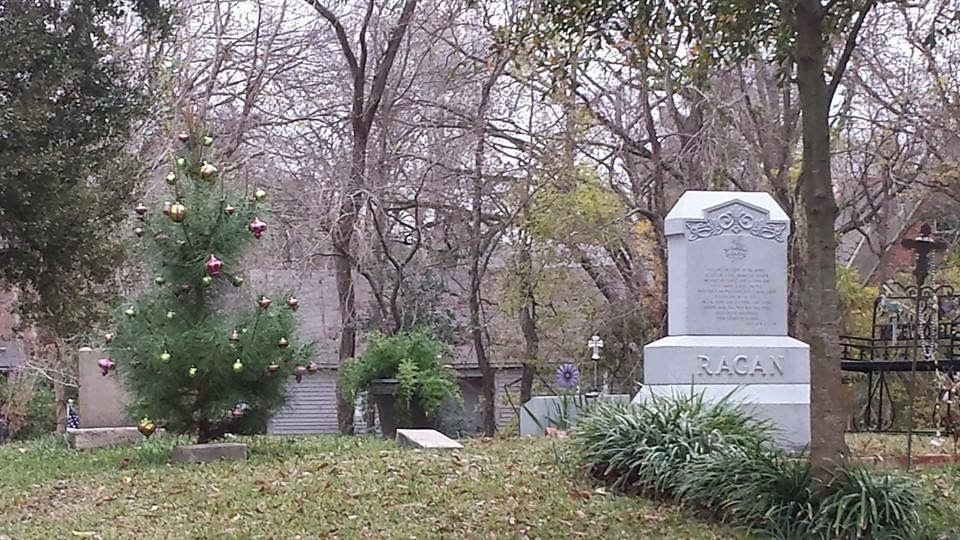 Imagine the surprise of discovering a Christmas tree in the middle of a cemetery.  Even that surprise did not elicit more than a whisper from any of us as we quietly walked past. 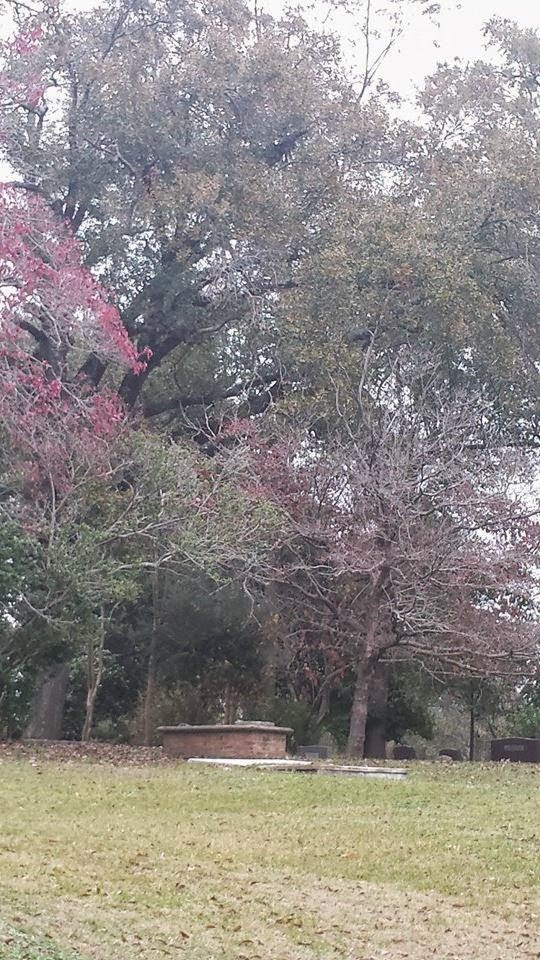 I've been to many cemeteries, and I've visited this one several times.  I am always surprised at the quiet, since it's located in the center of a medium-sized city that happens to have a university, a thriving downtown, and a festival with tens of thousands throughout the month of December. 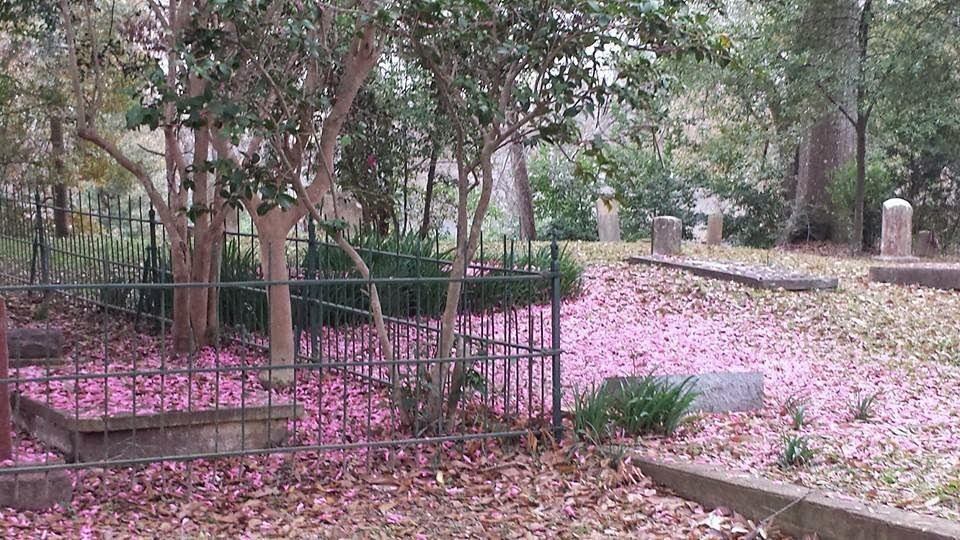 Yet, the place is quiet and peaceful and surprisingly well kept.  But mostly, I am struck by the sense of peace and presence.  Last Saturday I walked away holding the hands of two granddaughters and singing this hymn softly in my mind: 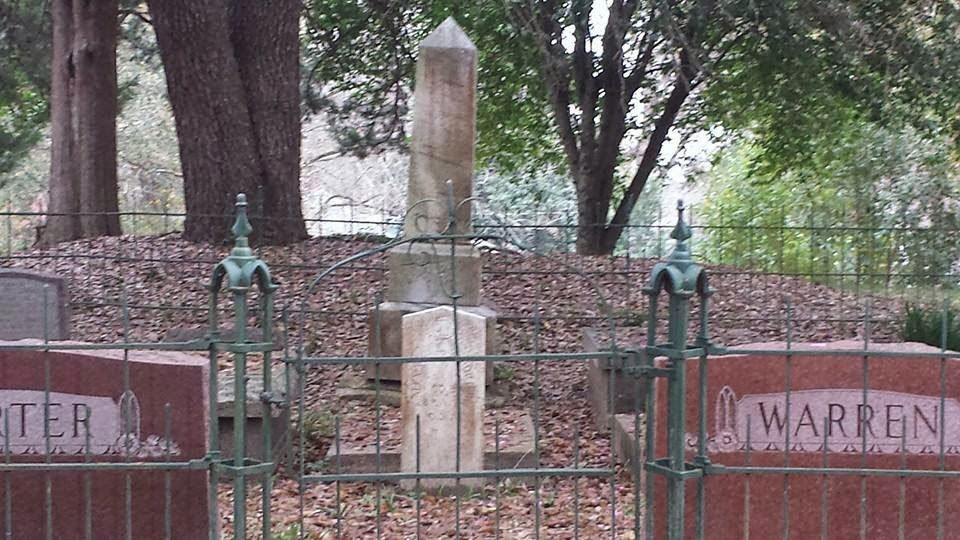 There's a holy hush around us as God's glory feels this place.I've touched the hem of His garment, I can almost see His face.And my heart is overflowing with the fullness of His joy.I know without a doubt that I've been with the Lord. 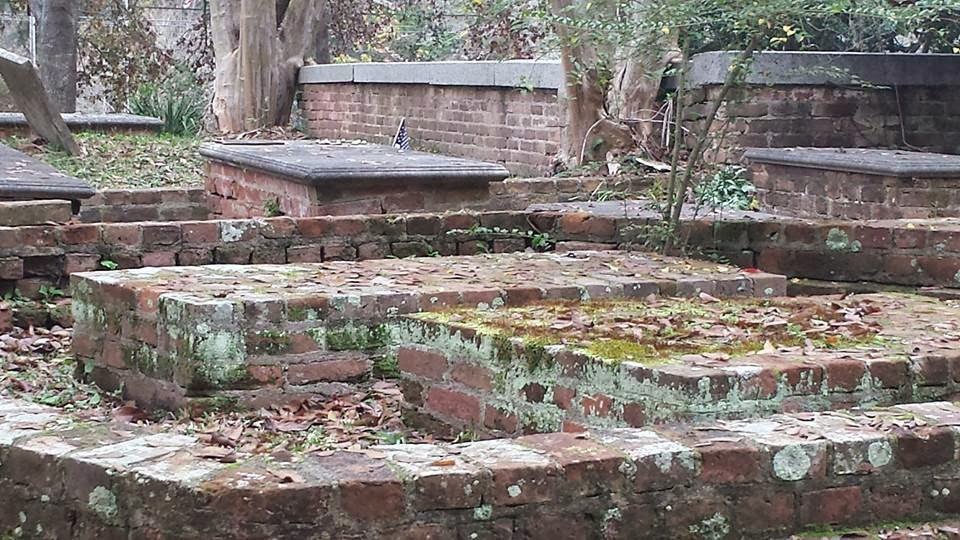 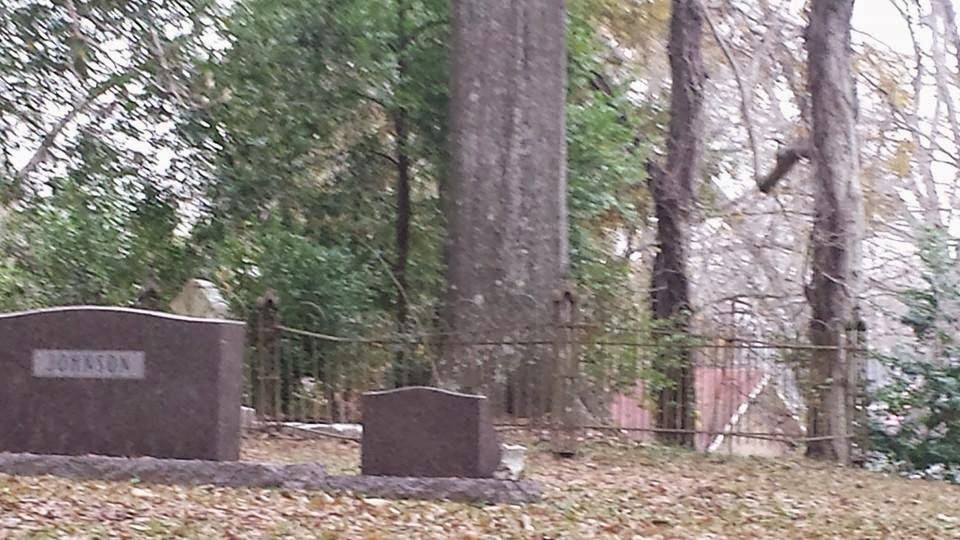 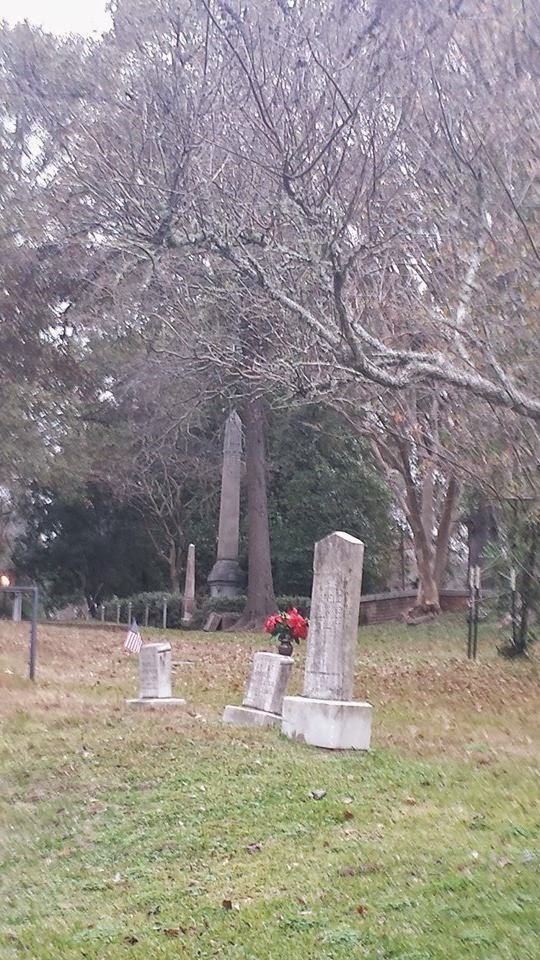 And found Him in the most peaceful of places. 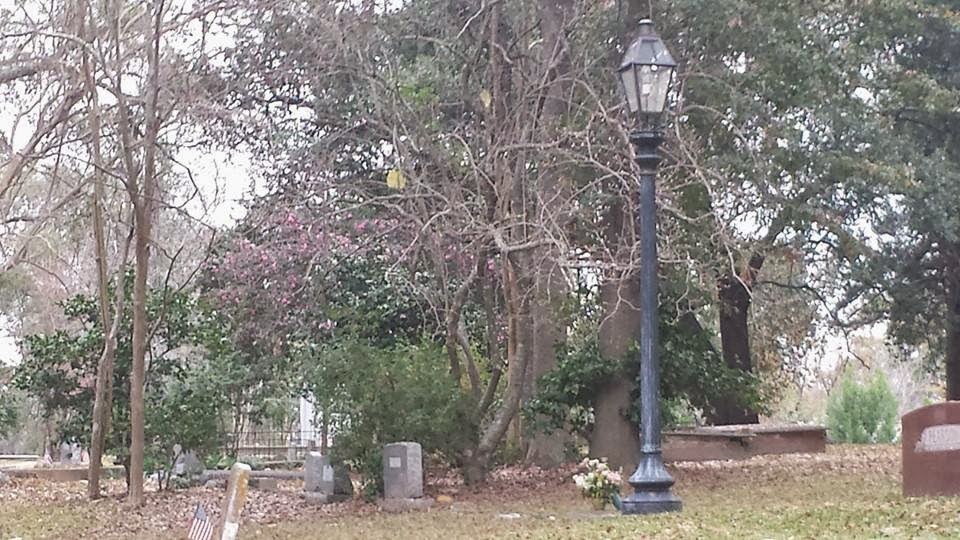 What a lovely, peaceful place, and your photos are very atmospheric and evocative.