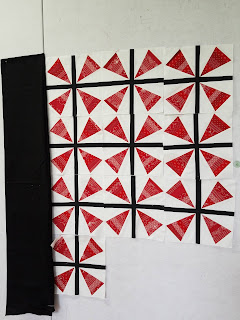 Oh my goodness! I had such fun at the Baton Rouge MQG retreat! We stayed at the River Retreat House in Baton Rouge. 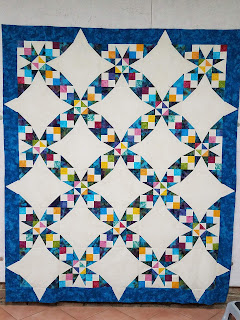 It's a beautiful brick home with a studio area that wraps around the side and back of the home. It sleeps 11 but can accommodate more in the studio if there are some day-sewers who can't spend the night. 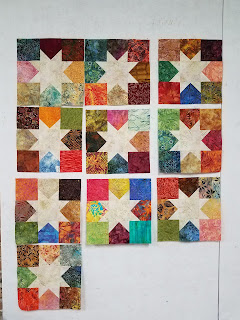 I worked on four projects: my Sugaridoo BOM row, two postcards for my sister, an easy 8" square top, and an improv top using some of my text fabrics. 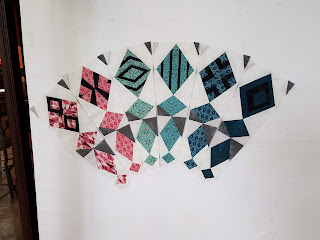 But let's talk about my friends and their projects. They are all so talented. Can you imagine coming up with these beautiful tops? Of course, none of these are mine. That's another post. 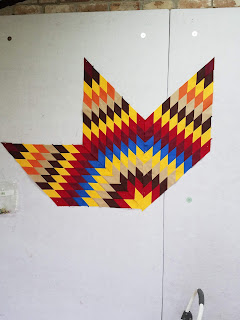 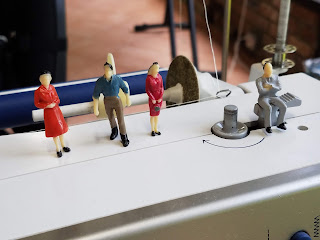 We also played. Glen brought the quilt people. And they had a bit of a party. And... 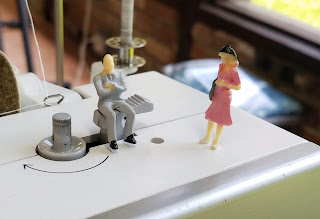 These two flirted a while. They met on the top of my machine and decided to hang out there and chat. The fella must have liked that bobbin know because he sat there all day. Eventually he was forced to move along. (I was there to sew, after all, and needed a bobbin wound. Sorry fella.) I think we can find him in my toolbox with the rest of the group. 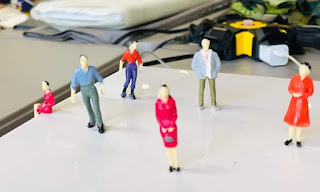 This happy crew visited on the bed of Glen's machine. They had a grand time chatting and getting to know one another. They returned to their places and got back to work. So let me introduce you to my retreat friends. 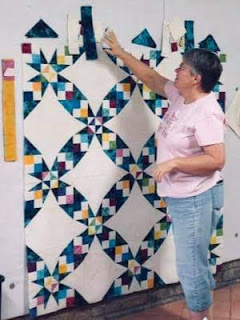 Joni and her top that reminded me of "Storm at Sea" quilts. 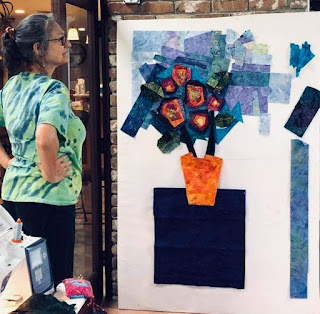 Yvonne who spent her weekend working on this improv piece that is almost completed. 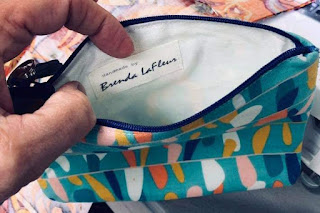 I won this pretty bag in the first door prize that Brenda contributed. 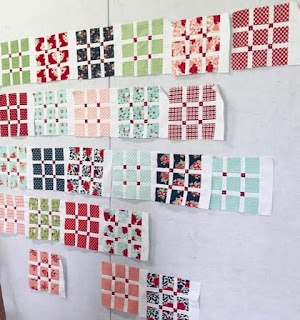 That would be the same Brenda who completed this top. I wish I'd gotten a picture of the whole top. It's really stunning. 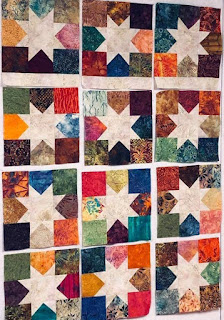 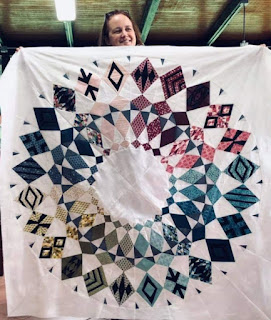 Crissi finished up this beautiful top. It's paper pieced from a pattern, but I don't remember the author. 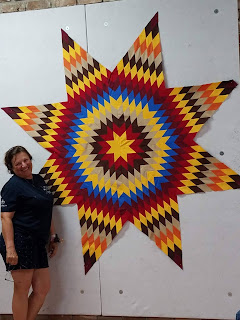 Belinda completed this lone star top and then quickly worked on her flag quilt, which is much larger than shown in this picture. 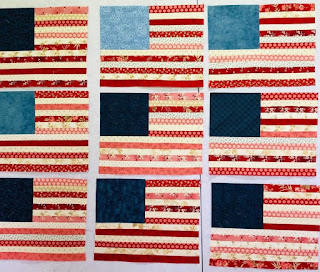 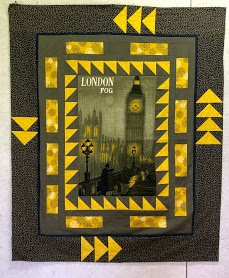 This is Glen's completed London Fog top. Many of the pictures are hers. I snagged them from various social media, with permission, I think. That would be Glenda happens to be Quiltswissy of Quilts and Dogs fame. 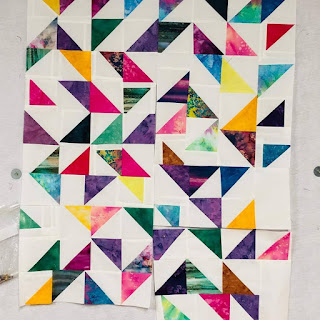 During the first Corona quarantine she hung a different quilt on her front porch every day for over 40 days. Her goodwill was noted in the newspaper and on television, so I count a real celebrity among my friends. She happens to also be president of CCAWS the animal welfare people of Baton Rouge.
Posted by Mary Marcotte

This is such a great way to be inspired when you get to see what everyone is working on.