I could have waited until later to write this post, but then I might have missed the entire month of starting over. I've been trying to figure out what I accomplished in 2017 according to the goals I set last January and what I'm going to attempt in 2018. 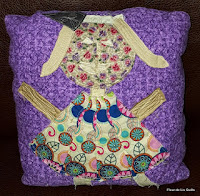 There were some great wins and some bad losses, but that's how it goes in life. After thinking about it quite a bit, I've decided that I have way too much stress in my life already. I'll try to do some things, but getting better doesn't seem so important when you're hanging by a thread.

1.     "Minus 100 Yards Challenge." I read a post on SomethingRosemade  in which Rose challenged herself to use 100 yards of fabric above whatever she collected. I'm going to challenge myself to use 100 yards.
Total Fail! I lost track of yardage way back around June. I’ll just let it go. I rarely buy fabric, except when I buy lots of it, so I’ll just say goodbye to the tally. (I feel much better already.) 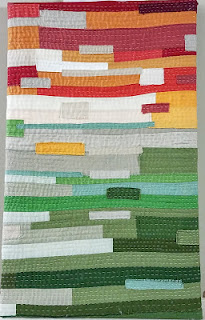 2.    Increase content. I really wanted to try to write more posts, but that didn’t work either. In fact, I wrote fewer posts this year than in the last two years.
Well? Much of it had to do with the kids’ house fire and not being able to write for lack of time while we reorganized our lives. But I also didn’t write very much while we were on vacation.

However, I did participate in the Write 31 Days event and did well with that. So I’ll call it a draw and keep trying. Hopefully I’ll be able to participate in Write 31 again. I also want to write more while we travel. Wait, I'm hoping to travel this year.
3.   More finishes.  I had lots of finishes this year, but many were little (very) finishes that I would not normally count. In quilts alone I think there were 15, but some of those were small art quilts. Additionally, I helped a friend with her shirt business, worked on several projects for the kids, and made a basket of pincushions. I’m plenty satisfied. 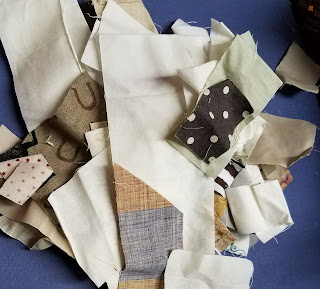 4.   Use more scraps. When I said AmandaJean at Crazy Mom Quilts is my scrap inspiration, I was saying the right words.Big Win! I used up some scraps. One of the projects was the AmandaJean QAL that I enjoyed very much.
5.   Keep track of fabric usage. Easy peasy: figure out how many yards I use for each project and keep track.  Ha! Fail!
6.   Pinterest. You know I like my boards. Winner! I will try to continue through 2018. Hope y'all come along. 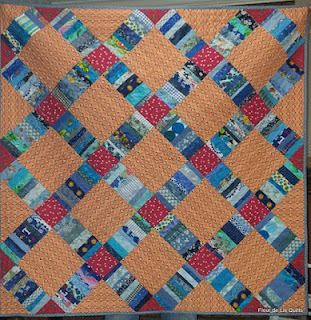 7.    Modern Quilting.  sew more modern, improv quilts.   Winner! Too many to count right now, but I’m happy with my work in this area.
8.   Read.  Read and read and read. Pick up those classics that I've been trying to get to. What a win that would that be!  Big Win! I’ve enjoyed my books. So many! I’ve even begun listing the books I’ve read as an adult. (More on that later.)
9.   Write.  Write on my blog but also write about other subjects. And write in a deeper way about my quilt journey. We'll see what I can accomplish in this area.
Write 31 Days! That was the trick, it appears. I did enjoy
writing in October, the only month in which I actually
wrote 30 posts. 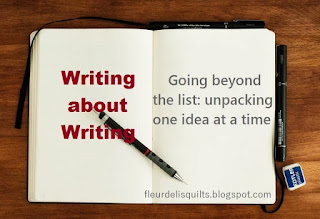 I don't know about you, but I have worked out that I can't be perfect at everything!!! I think you have had a lot of wins and that is a big positive.

I think you did pretty well, all things considered, and you've kept up a reasonable blogging frequency (I say that as someone else who's dropped off a bit this year). I would love it if you wrote about your travels more.