Because I've seen so many barns, covered bridges and other old structures recently, they've been on my mind.   Really on my mind, meaning that as soon as I was able to start pinning again, it's where I found myself. I want to pin all of the photos that I've taken recently, but I haven't decided whether I want to create yet another board for my own photos or just add to the "water, works" board that I've now edited to include all of the water structures that I've found.

Just for fun, here are a few of the photos that I took of covered bridges in Ashtabula County, Ohio, while we were on vacation. 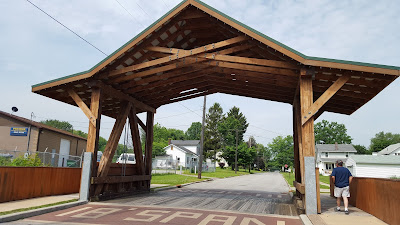 Beginning with the shortest bridge with an 18 foot span... 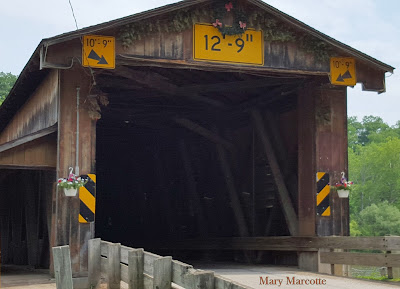 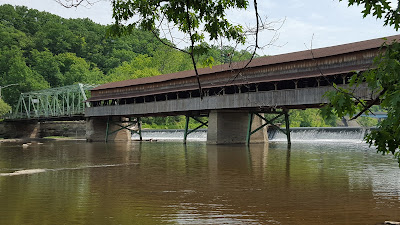 and ending with the longest bridge.