I realized today that I never told you about our June guild meeting. I don't know why that would be.  I guess it just slipped my mind. Shame, that.  I was the presenter and I had such a blast. 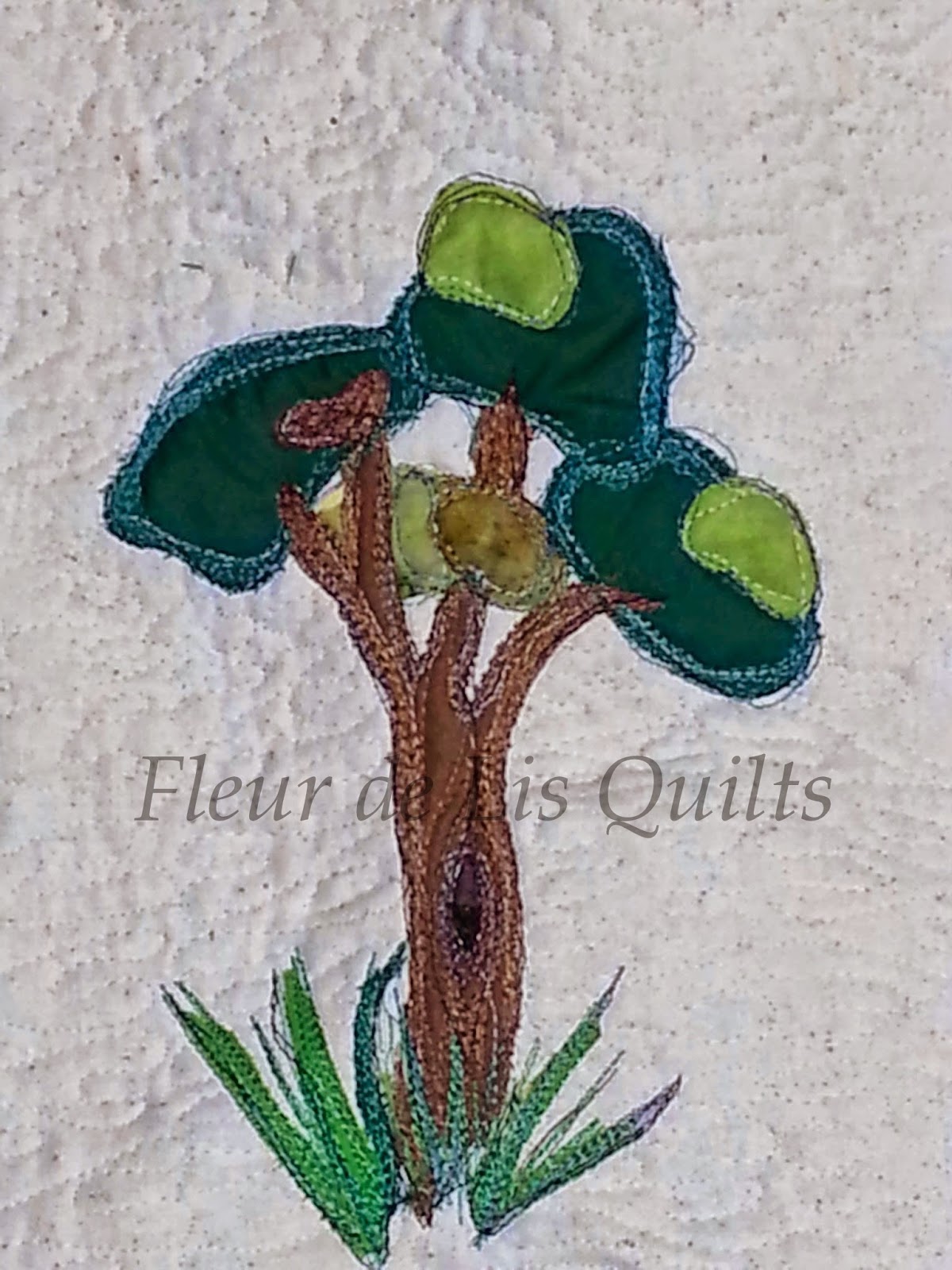 I was tasked with explaining how I create my art quilts.  Not an easy task since I don't record my process in any way.  I pretty much fly by the seat of my pants, in a creative sort of way.  I did manage to think about my process and figure out the order of things.  I even took time to make a teaching quilt so that I could show members the steps I use. 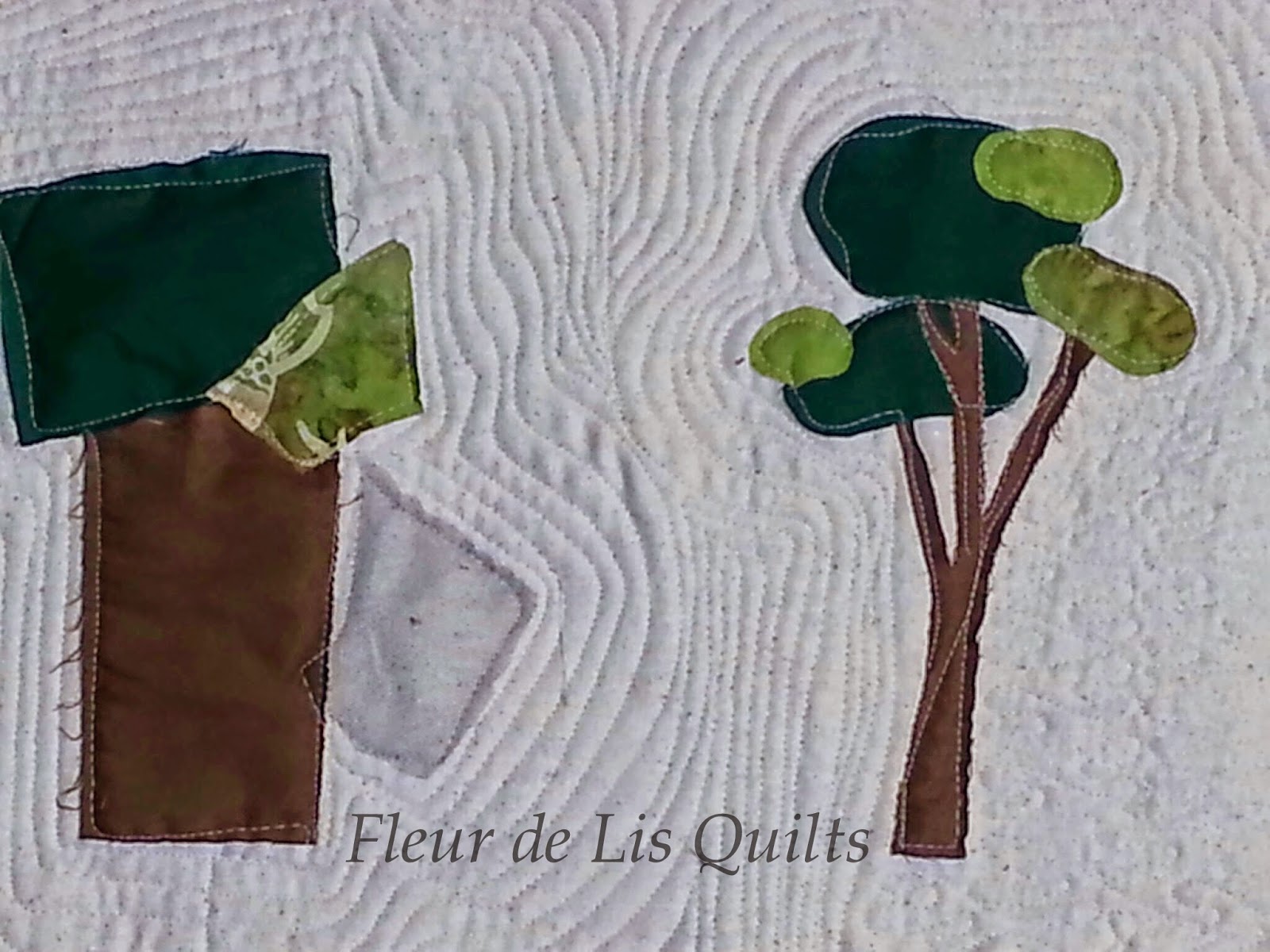 Apparently we've had some confusion as to who was supposed to serve as hostesses, which means that we had food for days!  That was not a problem, but one of the members came up with a good idea--a sign up form so that each person could put her name on the month she wants to bring food and dessert. 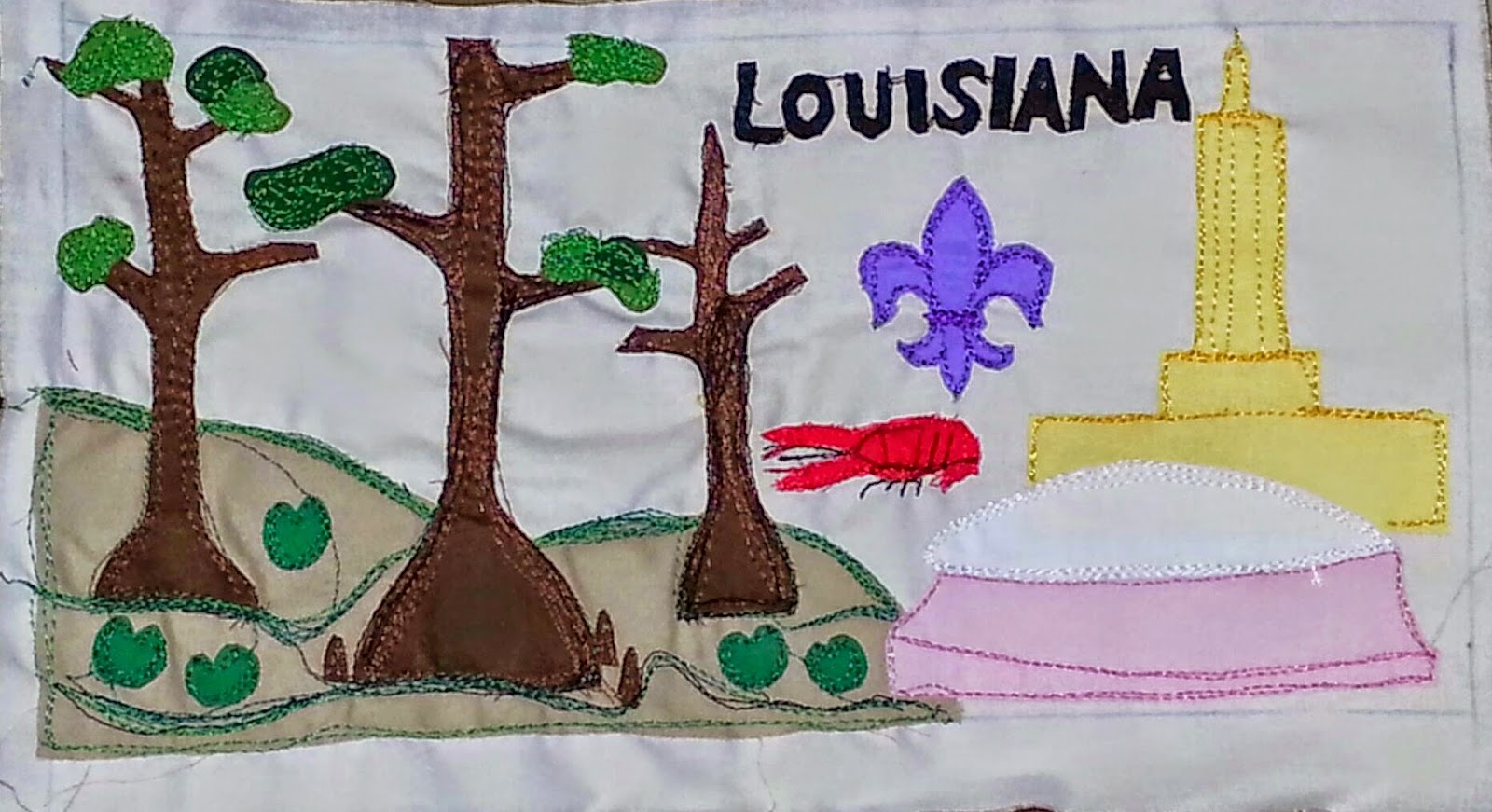 Of course, we had show and tell.  I showed both my license plate block, explaining to the group that it will appear at the Houston Quilt Show.  I also showed my Dresden plate quilt. 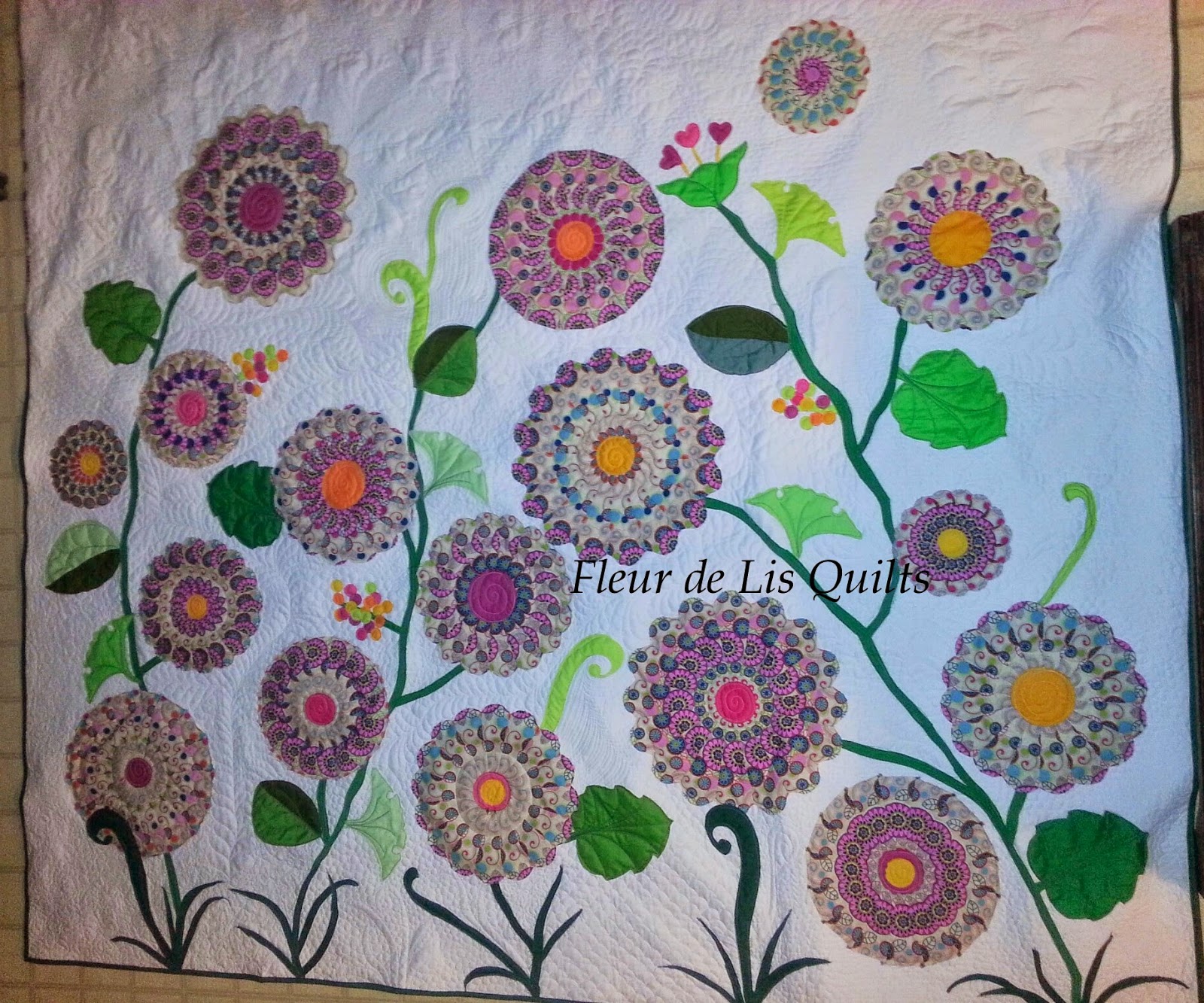 The other quilts that were shown were gorgeous.  I really like the unusual block in this brown and blue quilt.  Check out the block in the second row. 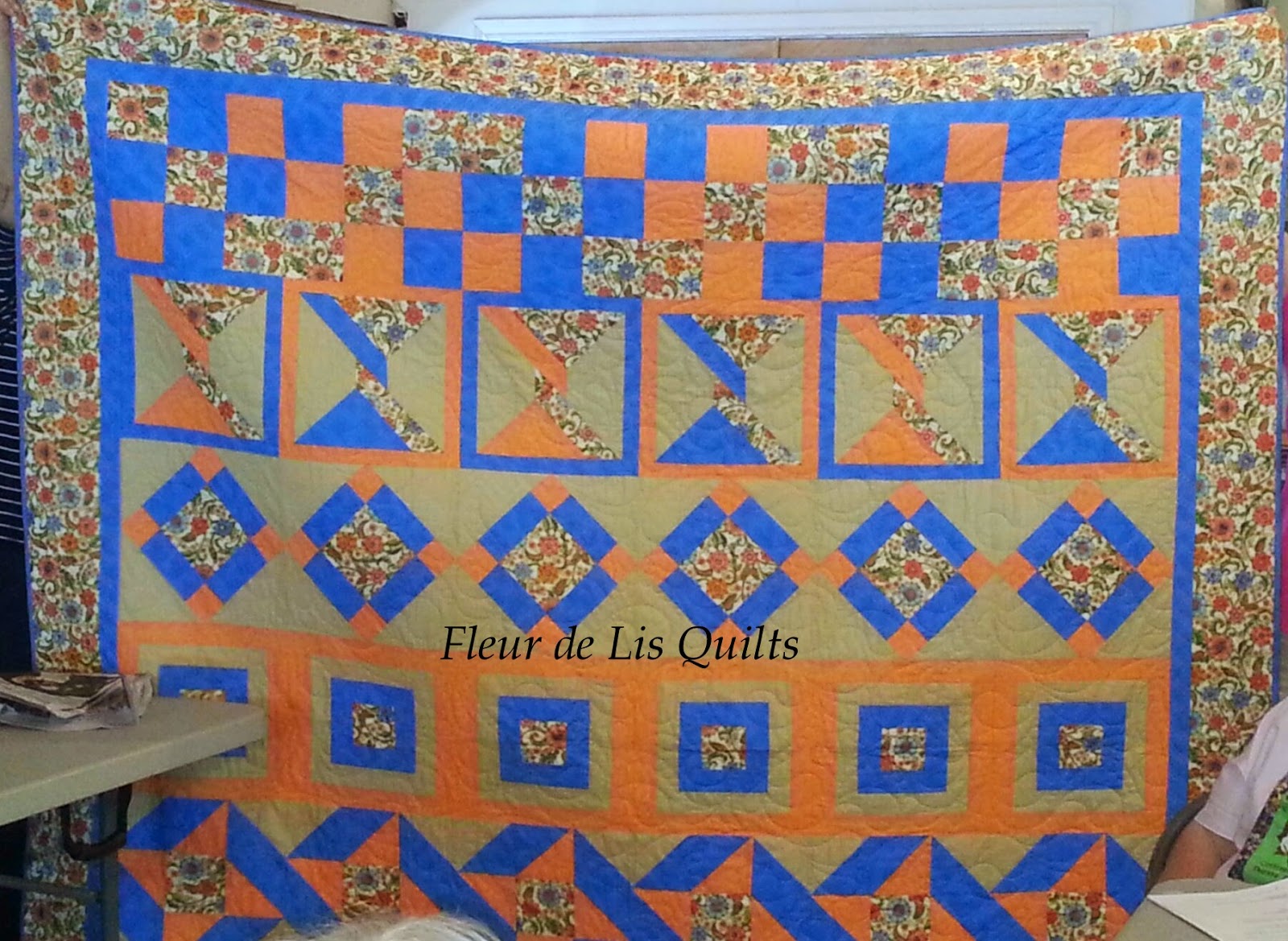 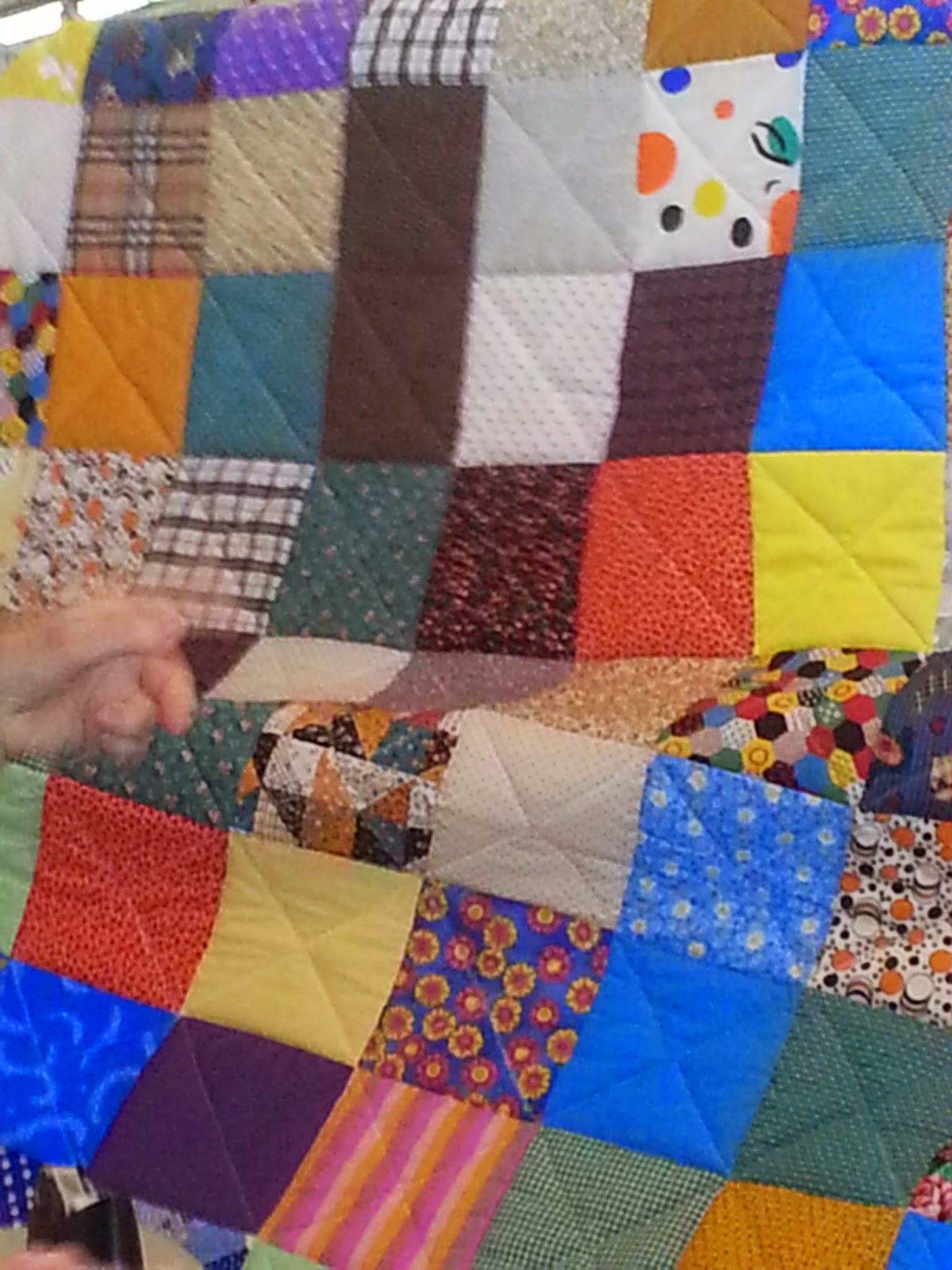 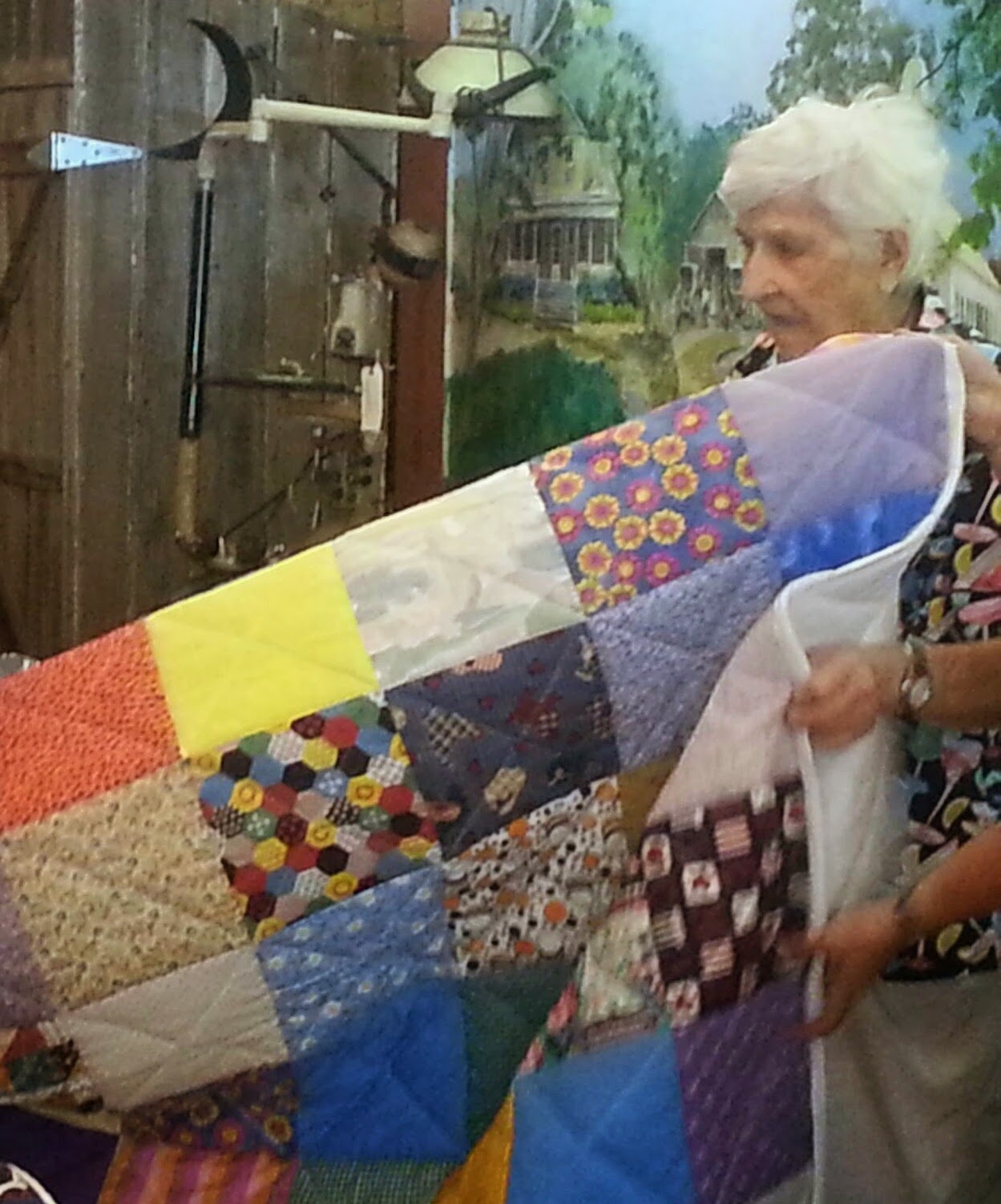 My sweet friend Pam took some time to explain how the blocks are made in her quilt, then showed it to us.  I got a pretty good picture of Pam, but missed the quilt. 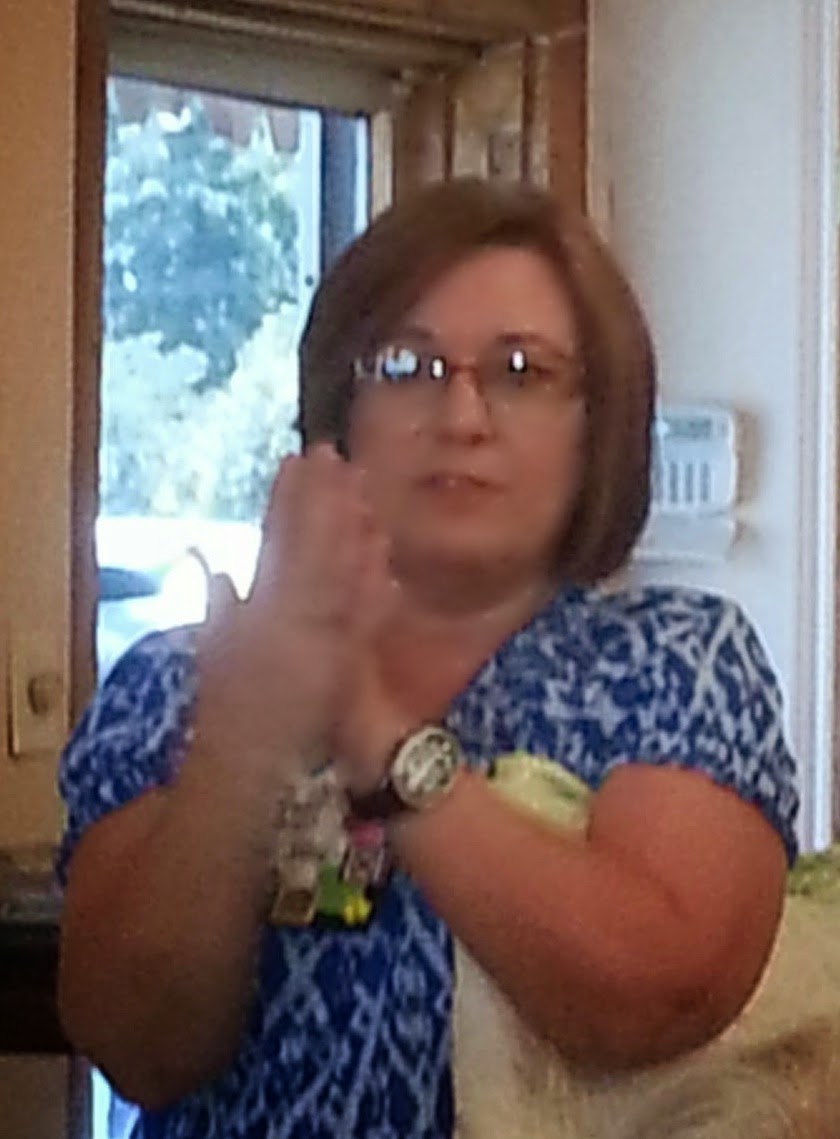 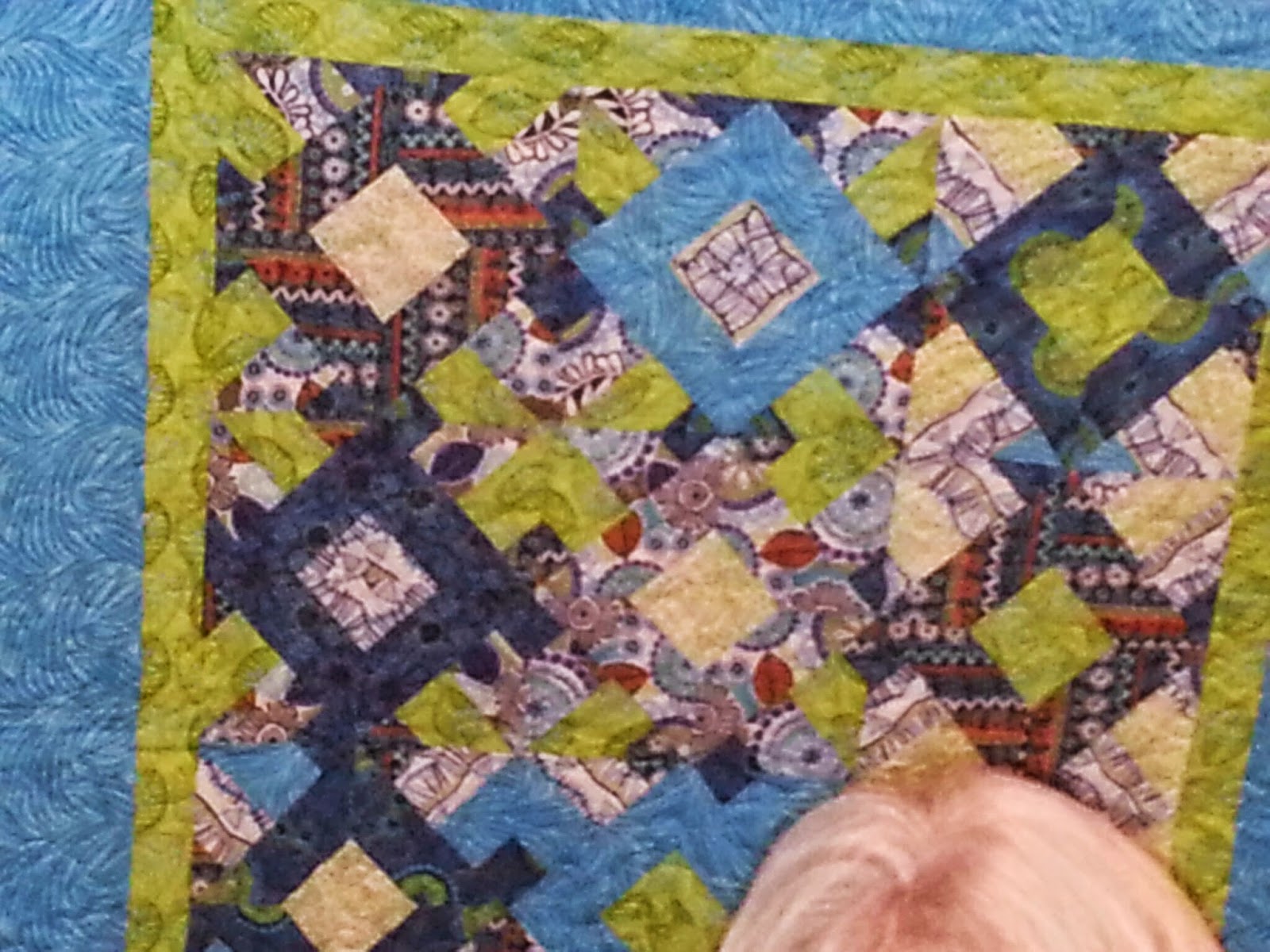 Have you noticed that every picture has a little white head?  It's impossible to snap a picture without one.  And I spend so much time trying to get above the heads that I often miss the shot all together. 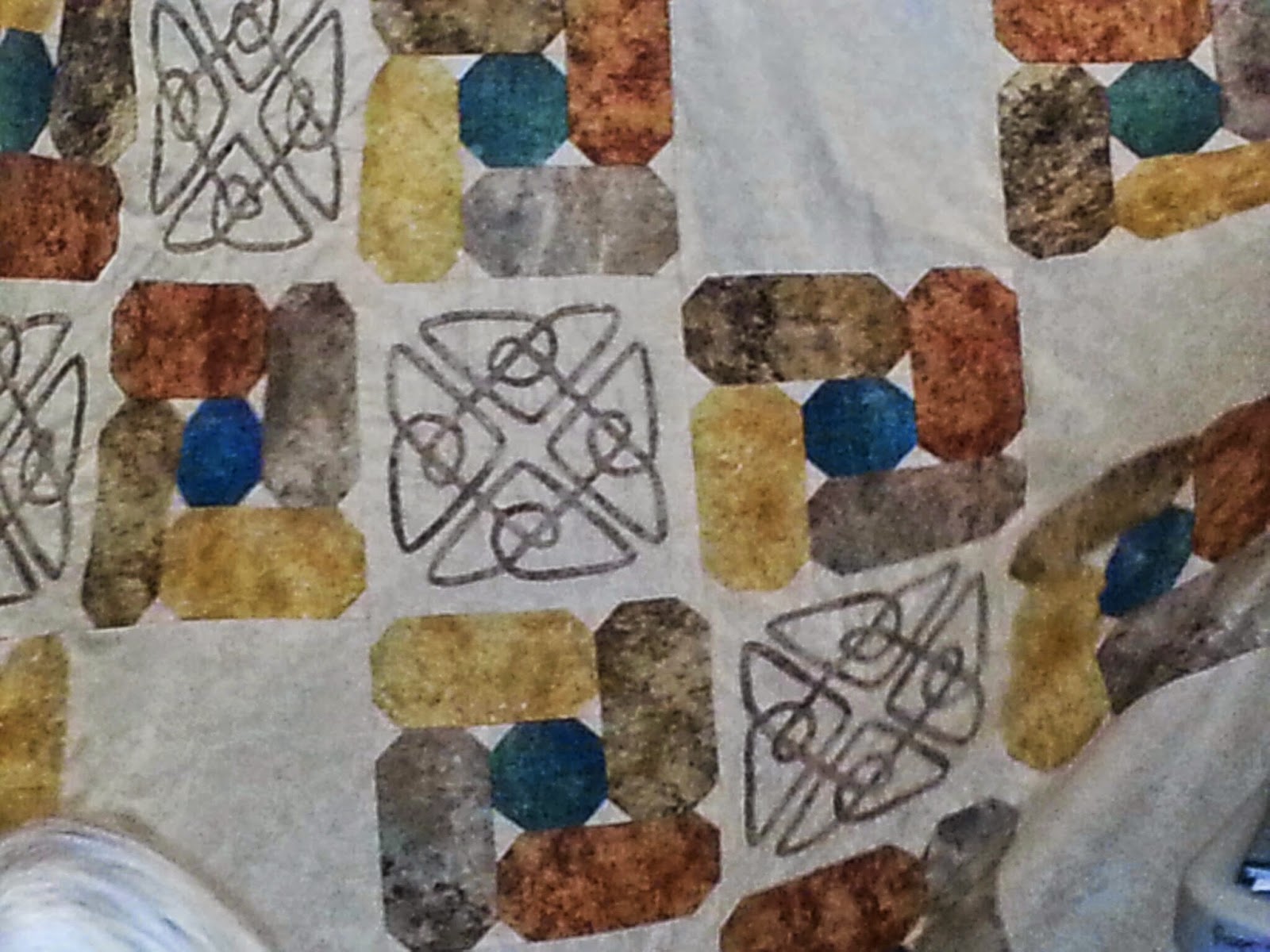 This final quilt is made with fabrics from the Stonehenge Collection.  Is that not perfect?  She did a fabulous job with the bias strips. 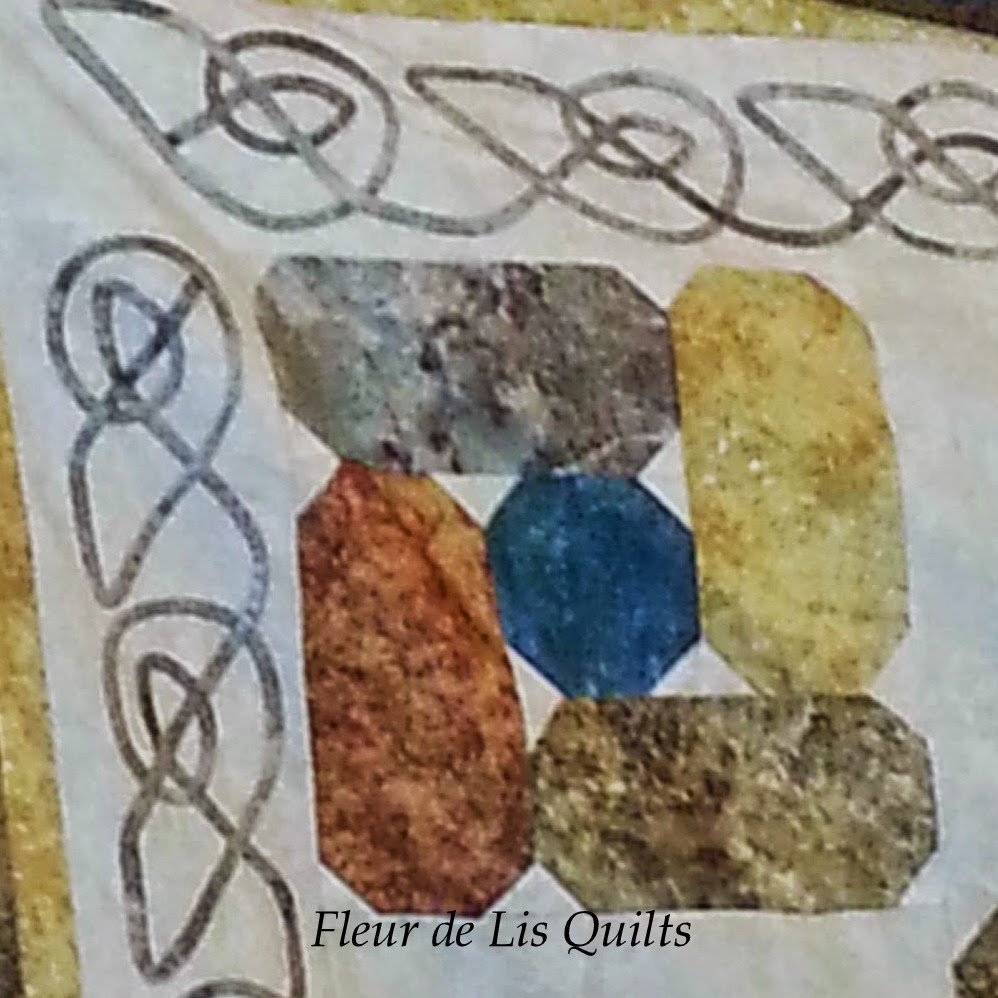 And finally someone has begun growing orchids and showed her beautiful pinks that are blooming for the first time.  She is quite proud and who can blame her? They really are beautiful. 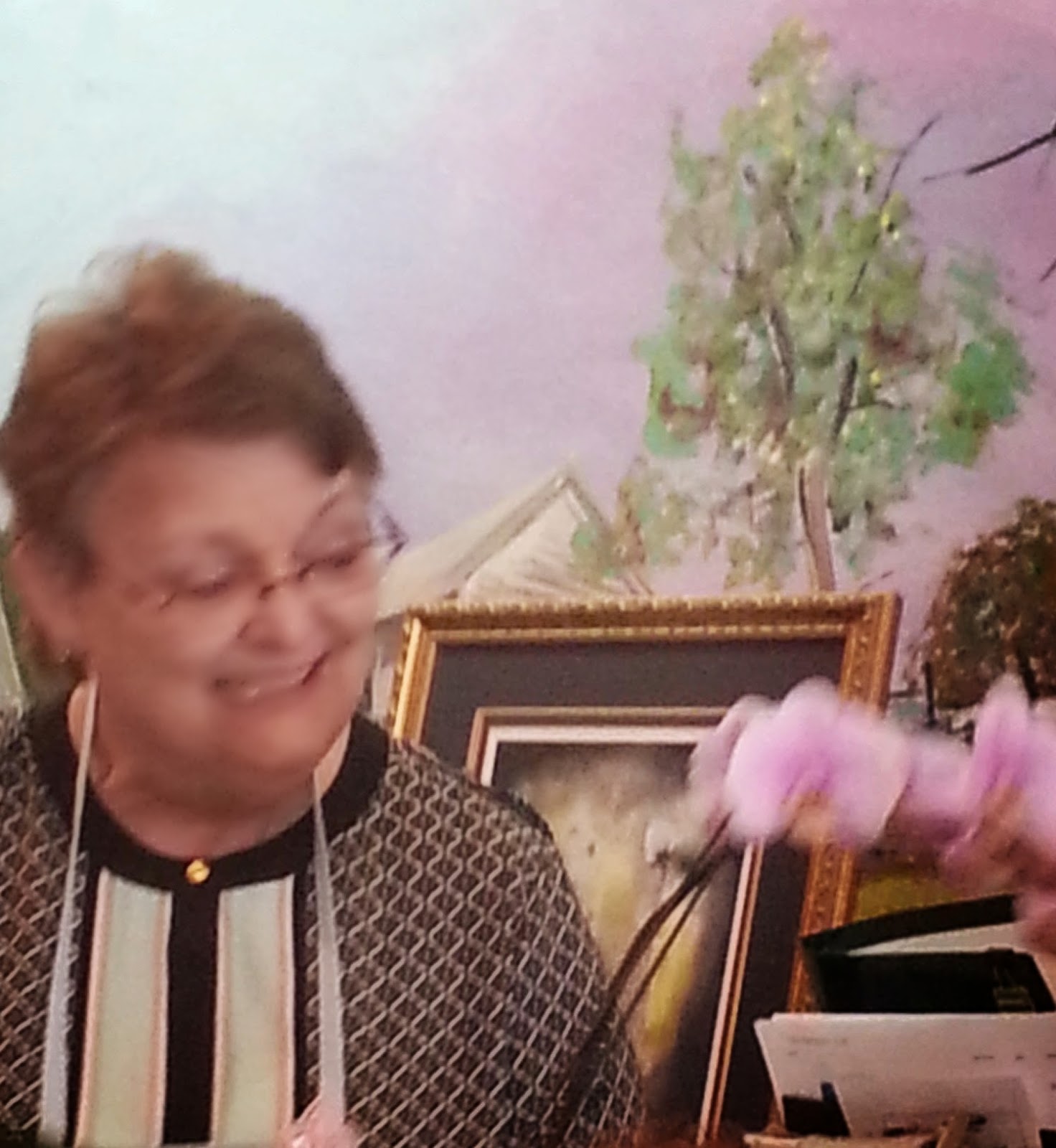 My apologies for forgetting to post this.  I'll have another guild post in just a week.  Hopefully I'll do a better job of taking photos!